Delve into a world of perilous exploits and horror!

Shattered is a self-contained tabletop RPG that is built on a unique die system providing players with a tangible sense of growth. Inhabit one of eight distinct races and explore the dangerous post-apocalyptic world of Feneryss. Millennia ago, millions sacrificed themselves in a ritual to the dark god, Ragnarok. The blood rite failed and rebounded on the planet, capsizing entire tectonic plates, replacing once plentiful oceans with molten rock, and calling down catastrophic storms to ravage what remained.

Battle monsters and master the varied ecosystems of Feneryss using a classless, XP-based progression system that puts you in control of your destiny. Craft weapons, armor, prosthetics— and more. Cast magic, use psychic powers, and call down the power of faith to level your opponents, all from atop an airship of your own design.

GMs can take full advantage of more than 50 pages of lore to develop a compelling story. Additionally, they can use the robust creature creation system as well as pages of advice to help make their campaign unforgettable.

In order to download this game you must purchase it at or above the minimum price of $10 USD. You will get access to the following files:

If you're looking for a book that leads with an echoing metal riff, this is that. And if you already like stuff like Warhammer Fantasy and Shadow Of The Demon Lord, you should definitely check this out.

I'm going to be a little less objective in this review than I normally am, because a lot of what Shattered is doing is my jam, but from a pure narrative-combat-game perspective, I think it's a good thing designed well.

Shattered is 290 pages, with drop-dead gorgeous art, great graphic design, and excellent layout. Visually, everything feels extremely polished, and there's enough content here that you can play for quite a long time without having to homebrew.

There *is* quite a bit of worldbuilding in Shattered, but most of it's regional, so you're not in a World Of Darkness style situation where everyone needs to read the lore cover to cover to understand what's going on. A GM can give you a ten second overview of the city where your game's going to start, and you're good to go.

Mechanics-wise, I think if you've played a bit of DnD 5th and you like the way it feels to create characters in that system, you'll enjoy making a character in Shattered. You're not locked into a class, and you're free to build in whatever direction you want to go, but there is a lot of good-feeling crunch and it's all organized well, so you're not going to get lost in an abyss of unclear choices a la Exalted.

Shattered's creation starts with eight species to choose from, with flavors ranging from dieselpunk to fey to gothic to geigeresque. From there, you spend XP to buy points in your stats. Each stat combines with other stats to determine derived values like your movement speed, saves, supernatural aptitude, etc. Skills are bought the same way as stats, and they do what you'd expect. Talents take the same role as feats, giving you little ways to break the normal flow of the game's rules.

The exact dice system Shattered uses is a little odd, but it's not hard to learn. You add Attribute + Skill, but instead of lumping that in with a d20 or rolling it as a pool of dice, you plug it into a chart and the chart tells you what die size to roll. So a Skill 2 + Attribute 2 would be a total of 4, you look at the entry for 4 on the chart, and it has you roll a d10. My instinct is to second-guess this, but honestly it works, so I think my instinct is wrong.

Combat is crunchy and action-economy-based, but I like the feel of it more than I like the feel of combat in something like Pathfinder or 5e. D20 combat tends to orient around allocating your one Move and your one Attack in the most efficient way you can manage. Shattered, on the other hand, spoils you with resources and then expects you to do the most you can with them.

Shattered's math *does* ultimately work out to roughly one attack and one move in a turn---but how it gets there matters. You start your turn with a pool of 5 AP. You can spend 2 AP for a standard attack. Or 3 AP for a charge. Or 1 AP for a move. Or varying amounts between 1 and 5 AP for the twenty five other common combat maneuvers.

This translates into a significant feeling of freedom when your turn rolls around, and Shattered also does a good job of making the parts of combat that aren't your turn feel fun as well. For example, when you get attacked, you get a Reaction. You can choose to block (and reduce the damage) or dodge (and maybe negate it entirely.) Depending on your build, you may have more options than this, but even one choice about how to respond to an attack feels like a significant step up from waiting for the GM to roll dice and hoping your numbers hold.

Another noteworthy part of combat is status effects, which help to give the game a more robust meta. Raw damage isn't the only path to victory, and taking damage isn't the only hazard you need to play around. Similarly, there's systems for diseases, exhaustion, and sanity. The sanity system doesn't feel as fully baked as the others, and it plays sort of like what you might expect from Call Of Cthulhu, but I *think* it's pretty easy to patch out and could be replaced with a "you attracted the attention of a supernatural force" system if the dice giving you chronic fatigue or executive functioning issues isn't a thing you want.

Moving back to the book's strengths, magic is detailed and varied. There's different schools of arcane casting you can study, beings you can invite to imbue you with powers, miracles you can cast from a stat-derived pool, fatiguing psychic powers, and a host of martial arts all derived from the different species and cultures in the setting. That last one isn't technically magic, but neither is the shared airship that you can build and upgrade, and which has its own unique Talent list.

Oh, and this is followed shortly by a whole chapter of what is basically a separate tactical game about airships, complete with vehicle combat rules and airship-specific equipment.

The equipment section is about as detailed as you might expect from a D20 game, but it goes a step further into slightly cyberpunk-y territory by letting you build from scratch and customize gear. This includes prosthetics and overt biotech, but also alchemical concoctions.

The book's GM section is helpful and echoes the sort of open-source tone of the rest of the design. There's handy resources for creating your own creatures and hazards, but then there's a thorough bestiary on top of that.

Overall, I think Shattered is a solidly-built book that can go toe-to-toe with any of the most visible games in the industry. I don't think it's perfect, and I wouldn't recommend it universally and without caveats, but if you know someone who likes dire-feeling occult fantasy and games where the combat is as important as the storytelling, they're probably going to like this.

And if all of the stuff I've described here is stuff you like, grab a copy if you get the chance.

Thank you so much for taking the time to write your review! We really appreciate it! We're incredibly proud of the art in Shattered, and count ourselves fortunate to work with the artists that we did. If you have any suggestions or ideas on how to improve the game, please feel free to reach out on social media or join us on Discord. We try to engage our small community as often as possible and would love your input as well, both for Shattered and some of the other projects we're working on.

I bought this on Drivethrurpg, but I wanted to give the game props on Itch, too!

i'm not a fan of too many word tabletop game  but damn, this is fucking awesome

Thank you Ben_John, we're glad you think Shattered is awesome!

Thank you, we hope you enjoy it! 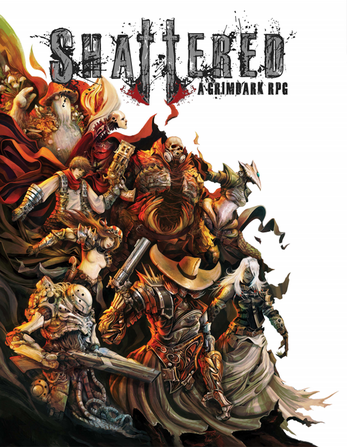 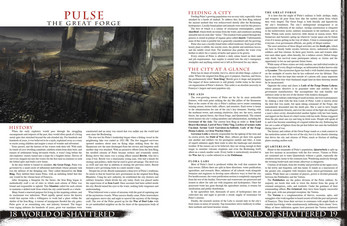 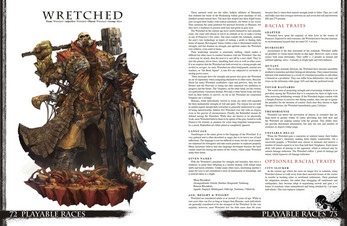 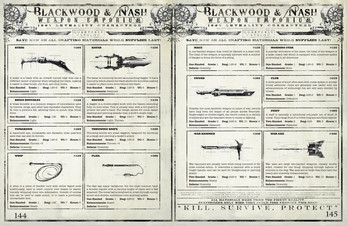 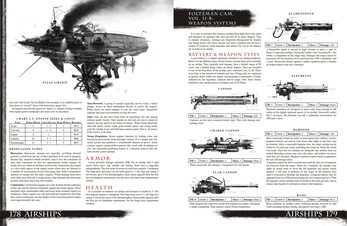 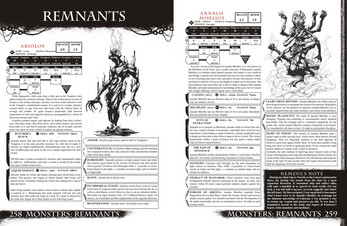